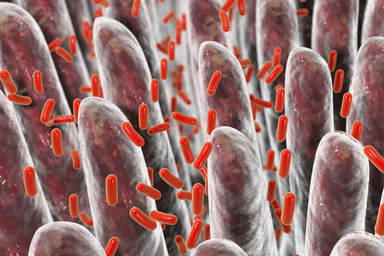 Below are the causes and influences of SIBO:
Testing for SIBO
Detecting SIBO can be done via a breath sample, this is the most accurate way of testing for SIBO. Blood testing for SIBO has been proven to be inaccurate and a difficult way of diagnosing the syndrome. The specific testing method for SIBO is a breath hydrogen and methane test. Bacteria in the intestine can break down carbohydrates to produce hydrogen and methane. The test will detect hydrogen and methane levels in the breath sample which gives a reflection of the bacterial level. For SIBO testing please click here for the available tests page.
Treatment for SIBO
Treatment for SIBO involves a dietary and supplement regime and lifestyle changes to minimise and avoid stress. Prescribed antibiotics can also be taken to deal with the bacterial overgrowth but these are not recommended long term. Herbal antibiotics are another option and they can be taken alongside prescribed antibiotics. Herbal antibiotics can be just as effective and they can be taken for longer periods of time with very little side effects. If you undergo the SIBO test and you test positive then you will receive the treatment programme in the results email. If you have any questions about your results, then mindovermetal will answer them for you.
mindovermetal Ltd, Level 3, 207 Regent Street, London, W1B 3HH.
​Company number: 09220400
VAT registration number: 371185302