What is homocysteine and how is it produced in the body? 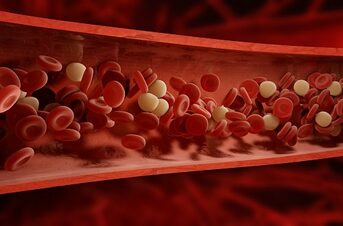 Homocysteine is an ​amino acid which is not obtained through our diet and found in food, it is synthesised and made in the body from another amino acid called methionine. Methionine can be found in protein-rich foods such as eggs, meats, dairy products, fish, seeds, nuts and certain vegetables. Consuming the amino acid methionine is a natural process because we obtain it our diet, the resulting byproduct of methionine intake is homocysteine which cannot be avoided.
Why homocysteine increases and decreases in the body?
​Homocysteine is meant to be converted into cysteine as much as possible and also recycled back into methionine, these are the two processes homocysteine is supposed to go through but this can be disrupted due to interferences with methylation and B vitamin deficiencies such as B2, B6, B12 and B9 (folate), the result of this is an increase in homocysteine levels. MTHFR gene mutations (especially inheriting the mutation from both parents) is one of the primary causes of high homocysteine levels due to the B vitamin deficiencies that occur and the inability to turn B vitamins into their usable form, especially vitamin B9 which needs to be converted into methylfolate. It is possible to have normal homocysteine levels whilst having some form of an MTHFR gene mutation however and high homocysteine levels can sometimes be due to other factors such as: